The death of Egypt’s ousted president at court signals major setback for Islamists and all fanatical religions impoverishing imagination and thought in Africa.

Under Morsi, the Great Pyramid of Giza was to be hacked down and totally destroyed because, to his fanatical majority in parliament, it represented idolatry in Islam 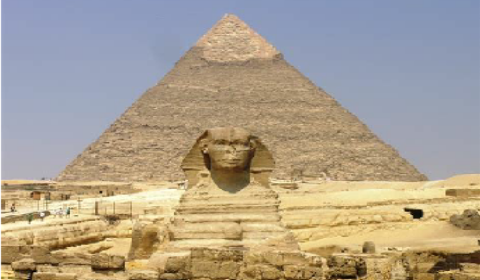 Mohammed Morsi, deposed president of Egypt, has collapsed and died in court

Cairo — Egypt’s former president, Mohammed Morsi, the Muslim Brotherhood leader who rose to office in the country’s first free elections in 2012 and was ousted a year later by the military, collapsed in court during a trial and died, state TV and his family said.

Morsi had been Egypt’s elected president following the death of Hosni Mubarak in 2012, but was deposed after a military coup in 2013 that installed General Abdel Fattah el-Sisi into power.

Egyptian state TV says the 67-year-old Morsi was attending a court session Monday in his trial on espionage charges when he blacked out and then died before he could be taken to a hospital. Morsi had just addressed the court, speaking from the glass cage he was kept in during sessions and warning that he had “many secrets” he could reveal, a judicial official said.

Since Morsi’s ouster, Egypt’s government has declared the Brotherhood a terrorist organization and largely crushed it with a heavy crackdown. Tens of thousands of Egyptians have been arrested since 2013, mainly Islamists but secular activists who were behind the 2011 uprising.

He has been sentenced to 20 years after being convicted of ordering Brotherhood members to break up a protest against him, resulting in deaths. An earlier death sentence was overturned. Multiple cases are still pending.

Nigeria: A Moron and his Orders

What reasons did South Africa have for seizing...

South Africa Xenophobia: An end to killing and...