Over 99% of conscious humanity have faced the question: Do we want Bill Gates and the WHO vaccinating the world for coronavirus? And the answer from all over the world has been a resounding NO!

INDIAN doctors blame Gates for a devastating vaccine-strain polio epidemic that paralyzed 496,000 children between 2000 and 2017.

In 2017, the Indian Government dialed back Gates’ vaccine regimen and evicted Gates. 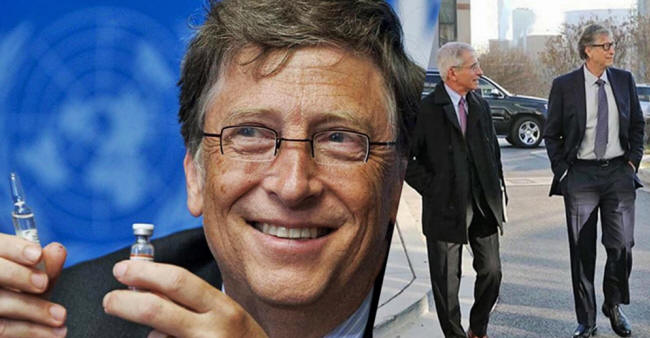 Gates’ obsession with vaccines seems fueled by a messianic conviction that he is ordained to save the world with technology and a god-like willingness to experiment with the lives of lesser humans.

Promising to eradicate Polio with $1.2 billion, Gates took control of India’s National Advisory Board (NAB) and mandated 50 polio vaccines (up from 5) to every child before age 5.

Indian doctors blame the Gates campaign for a devastating vaccine-strain polio epidemic that paralyzed 496,000 children between 2000 and 2017.

In 2017, the Indian Government dialed back Gates’ vaccine regimen and evicted Gates and his cronies from the NAB. Polio paralysis rates dropped precipitously.

Why not arrested and tried in a Court of Law for Crimes Against Humanity?

The following hashtag is trending on social media:

In 2017, the World Health Organization (WHO) reluctantly admitted that the global polio explosion is predominantly vaccine strain, meaning it is coming from Gates’ Vaccine Program.

The most frightening epidemics in,

…are all linked to Gates’ vaccines

In 2014, the Gates Foundation funded tests of experimental HPV vaccines, developed by GSK and Merck, on 23,000 young girls in remote Indian provinces.

Approximately 1,200 suffered severe side effects, including autoimmune and fertility disorders.

The case is now in the country’s Supreme Court.

In 2010, the Gates Foundation funded a trial of a GSK’s experimental malaria vaccine, killing 151 African infants and causing serious adverse effects including paralysis, seizure, and febrile convulsions to 1,048 of the 5,049 children.

In 2010, Gates committed $ 10 billion to the WHO promising to reduce population, in part, through new vaccines.

In 2014, Kenya’s Catholic Doctors Association accused the WHO of chemically sterilizing millions of unwilling Kenyan women with a phoney “tetanus” vaccine campaign.

Independent labs found the sterility formula in every vaccine tested.

After denying the charges, WHO finally admitted it had been developing the sterility vaccines for over a decade.

A 2017 study (Morgensen et.Al.2017) showed that WHO’s popular DTP is killing more African than the disease it pretends to prevent.

Gates and the WHO refused to recall the lethal vaccine which WHO forces upon millions of African children annually.

Global public health advocates around the world accuse Gates of hijacking WHO’s agenda away from the projects that are proven to curb infectious diseases: