Ugandan youths to unseat the despot?

Uganda’s clueless dotard, Yoweri Museveni, is typically frightened by the lyrical power of the irrepressible young music icon, Bobi Wine, and his gathering network of followers.

Kyadondo East MP Robert Kyagulanya alias Bobi Wine has today been arrested from his One Love Beach in Busabala. Kyagulanyi, who, in defiance drove from his home in Magere to Busabala to hold a press conference, found heavy police and army deployment who blocked his procession to the beach. 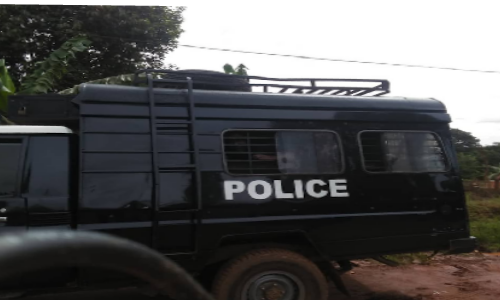 After locking himself inside his vehicle, police broke the windows using pistol butts and a hammer and sprayed him with teargas to drag him out – akin to how Kizza Besigye got arrested in 2011 from Mulago roundabout.

After being dragged out the vehicle, Bobi Wine was then whisked away to a waiting black mobile police cell (vehicle) and driven back to his home in Magere.

Also, earlier arrested were events promoters and proprietor of Abitex Promotions, Abbey Musinguzi alias Abitex and Andrew Mukasa of Bajjo Events. The duo was arrested at around 9:30am from Busabala.

Security fired teargas and bullets to disperse the stone-throwing Bobi Wine’s supporters who had started to gather despite the several road blocks mounted on all routes leading to the beach.

Yesterday, police issued a directive to police commanders to block the music concert, saying they couldn’t guarantee security for the many revelers who were expected at the concert. Bobi Wine accused police of playing ping-pong for more than a month ever since he wrote informing the institution about his intended concerts.

“Three days ago, they wrote back to us giving us a litany of requirements. We invested huge sums of money to meet their demands, some of which were unreasonable. This was in addition to what we have invested in advertising and preparing the show,” Kyagulanyi said.

The self-proclaimed ghetto president said police intercepted trucks carrying machines and stage materials to his beach on Saturday night. He says police has so far blocked 124 music concerts organised by his team or where he has been announced as a performer.