Being a brief introduction to living a life of conscious awareness, dedicated to higher truths, and understanding the fallouts from that process of authentic living

MOST societies are yet to find total comfort in the presence of higher evolved persons although it should be the other way round, as scripture writers had often presented. Consider Socrates, treacherously betrayed by a hedonist Greek society and given the hemlock to die because he spoke truths to them in a dialectic that exposed the foolish ungodliness of their many practices and assumptions. 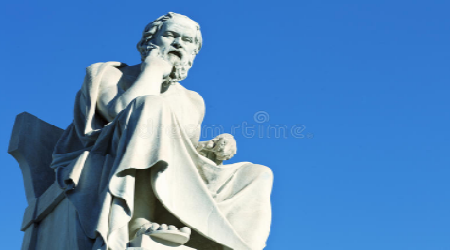 Those stories about Buddha having many followers, or Jesus being thronged by loving multitudes everywhere he went, are just what they are –pious stories intended to catch the attention span of readers for membership and larger followership objectives with probably little facts to them.

Actually, if the society these beings resided had thrived within a 3rd density placement, then the most likely fact of their existence was that they had very few following, and the mass of authority and controlling institutions who disdained of them were so overawed by their presence as to ridicule or threaten their existence.

That would explain why these teachers of higher truths experienced a period of exile and, like monks, led ascetic lives, being quite unknown to the public, except by few of their followers who had compassionate resonance with their higher vibrational being-ness.

No matter how small the population might be, it is sure bet that even in a circle of five where one is of higher vibrational consciousness, the rest four, if of third dimensional or lower frequency, will gravitate away from that entity instead of toward it. The reason is the absolute law of vibrational particles to seek their own innate and similar frequencies.

And so a relative who has this knowledge of like kinds being drawn to their own, or of water seeking its level, will cease to worry if none of the siblings ever calls or cares to tarry near. He or she simply knows that his or her level of consciousness might not be the same as theirs, in spite of whatever genetic factors were involved in their biological makeups.

The same situation applies to friends who once flowed commonly at high school or college years but now find themselves seemingly irrevocably adrift in opposite directions. Their vibrational frequencies have altered and there is no further common ground for interaction even when they are in the same cities or living just a shouting distance.

And so for the henceforth awakened, relationships go beyond religion, ideology, family, tribe, country or race into deep core soul level vibrational harmonics which bind all entities of the One Infinite Creator.

It is well known truth that the higher you raise your frequency by devotional studies and practices in the great work of service unto others, the more your companionship harmonises with those who resonate with your thoughts and consensual purpose. Conversely the lower you find your thoughts mired in service to self, the more you vibrate with people who are also material self oriented. It is a cosmic principle known in certain orders as a calling.

This fact of divine wisdom has been in practice since Atlantean times. Richard Cassaro, writing about the great ‘flood’ that sank Atlantis, mentions how (Socrates via) Plato taught that Atlanteans possessed a highly spiritual ‘wisdom-religion’, which enabled them to ‘see’ their own divine and eternal ‘soul’ inside the physical body. Thus, working with the inner light, the ‘soul within’, allowed the Atlanteans to harness higher dimensional powers.

The myth of Greek and Roman gods were therefore memories of Atlantean humans endowed with higher perceptions because they had connections with their eternal soul. In time, however, these Atlanteans grew weak due to their materializing tendencies, weak enough that they began to lose touch with the inner divinity that endowed them with wisdom. They became trapped by the materialism of competing intelligence and technology.1

To keep their sacred space within the higher frequencies, it so leaves little to wonder that sages and savants choose to live a reclusive or what is termed ‘lonely existence’ – going by purely physical measurements. But are they really lonely?

Among their kind may thrive a harmonious concentration of higher energetic beings, which often results in a breakaway formation. Here, some groups of common suasion form their own social memory complex and create an entirely distinct cohesion, which removes them permanently away from the corporate society that holds no further relevance or prospects for their mutual expansion/ growth. The breakaway groups simply disappear from contact and grow their own civilisation in a planet or some other placement within the planet outside the original setting or sphere of influence.2

An alternative outcome is the ASCENSION, or UPLIFTMENT, of the higher entity complex at the end of the physical lifespan where the soul automatically rejoins its original home community from which it chose to migrate into a 3rd density civilisation for the chosen work of service to others.

It is deemed in the higher spheres of origination, from where advanced creator beings incarnate to lower densities, that an incarnate cycle of a higher consciousness, even for as little as 80 Earth years, can have far reaching upliftment for the host society, because the positive polarity of the higher dimensional home world is anchored on that part of the planet for that length of time, and retains that energy even after the physical exit of that being. And such is why great souls are born from time to time to anchor the higher energies for lower planetary upliftment.3

We hope that the foregoing serves as a brief introduction to living a life of conscious awareness, dedicated to sorting out higher truths from social illusions, and understanding the fallouts from that process of authentic living, just as our great soul kiths who had gone before us.

Afterall the most important question on life is finding your true purpose embedded in reconnecting with your original divine plan in creation. World renowned Ascension Mystery writer and one of the leading vanguards for Full Disclosure of the truths of our planetary history, David Wilcock, warns on the necessity of taking A Vital Step toward True Purpose in the life of every human on earth today. He says, and this is most fitting for our concluding exhortation:

..these times require our own individual souls to make choices as to what our next destination will be. Where we go and what we experience are completely up to our own choice, and it is because of this individual choice that many people may part ways in one way or another. If two souls have chosen different paths, circumstances may develop which will allow them to have the experiences they desire most.4

1. Richard Cassaro’s web page can be found on the link http://www.richardcassaro.com/tag/1898-yale-university-study/

3. You need to peruse the Law of One sessional transcripts as a good beginning to understanding the dynamics and purpose of incarnate physical existence by a soul entity, here: https://www.lawofone.info/results.php?s=1

Humans and ETs: A Session with Jesus

Updated: Mugabe and the Crocodiles of Africa

Religion, Satanism and the Cult of Blood

Africa and the politics of homophobia