March 2019: The Human Rights Council adopted the outcomes from the Universal Periodic Review of the countries of Central African Republic and Monaco.

Out of 207 recommendations, the Government had accepted 178 and taken note of 28. The accepted recommendations concerned the re-establishment of State authority, the search for peaceful solutions to the conflict, disarmament, demobilization and reintegration, and the fight against impunity.

In the ensuing discussion, speakers commended the Government of the Central African Republic for its focus on promoting security, peace and national reconciliation. States encouraged the Government to view all recommendations as guides towards the attainment of human rights. Speakers also commended the country for putting in place mechanisms for preventing discrimination against women and children and for adopting measures to end the recruitment of children in armed conflicts.

The President informed that out of 207 recommendations, the CAR government had accepted 178 and noted 28. The Council then adopted the Universal Periodic Review outcome for the Central African Republic.

Carole Lanteri, Permanent Representative of Monaco to the United Nations Office at Geneva, said Monaco had accepted 72 out of 113 received recommendations, and noted 35.

In the ensuing discussion, speakers were pleased with the establishment of an inter-ministerial committee for the protection of women’s rights. They also welcomed the steps taken by the Government for the empowerment of women and ensuring access to healthcare for all children. Delegations commended that free education had been made available and compulsory up to the age of 16. Monaco was urged to ratify the Treaty on the Prohibition of Nuclear Weapons as a matter of urgency and complete its commitment to disarmament.

The President informed that out of 113 received recommendations, 72 were noted. The Council then adopted the Universal Periodic Review outcome of Monaco. 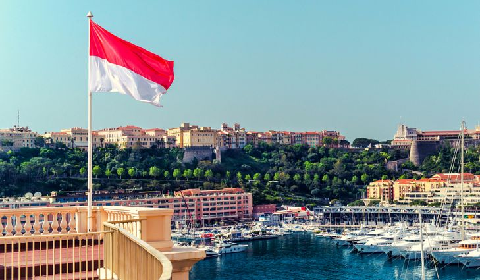 Monaco, a tiny independent city-state on France’s Mediterranean coastline known for its grand casinos, yacht-lined harbor and prestigious Grand Prix motor race running through Monaco’s streets once a year, has Monte-Carlo as its major district.

Chad, Malta and China are next

Your Path to Ascension